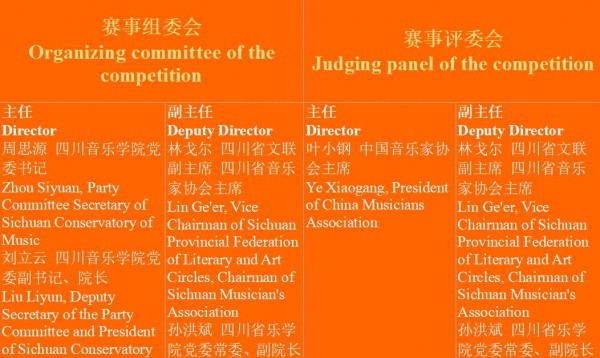 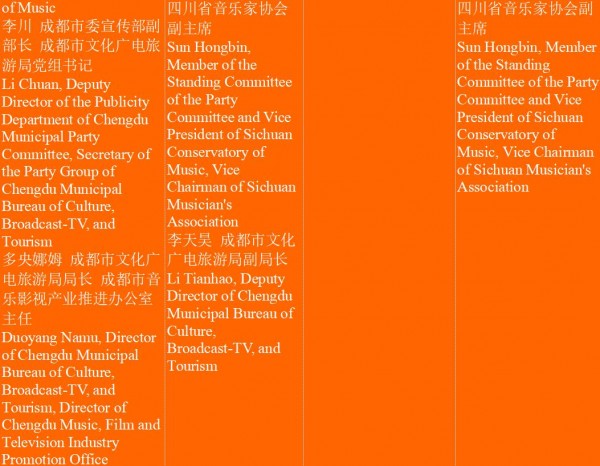 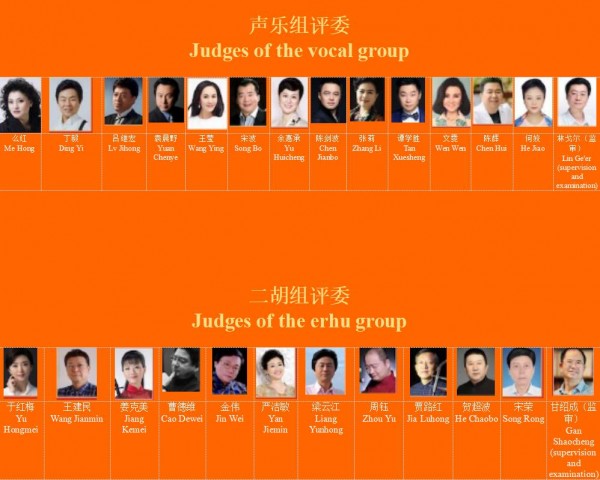 At the final concert of the 5th “Golden Hibiscus” music competition, the winners in three categories and four disciplines were officially announced – Lin Zihao and Liu Shanxinyu won after a professional review team made up of more than 50 renowned experts and professors from the most important music colleges and universities the gold award in the vocal music group (belcanto, national music) and Wu Yihao and Si Wenjie won the gold award in the erhu and classical guitar groups; Lucky Group, Xiong Zhengdong, Jiao Yinhe, Zhang Bowen, Zhuo Ran, Yang Qiushui, Wang Xinyue, Sun Xinyan, Yang Xinyi, Li Guangxiang, Lv Qiupeng, Lian Yajia and Li Ziqian each won first prize in the various performance groups. Based on providing a platform for musical talent and strengthening the development of the city’s musical culture industry in competition, the new musical power of “Golden Hibiscus” in terms of building trademark rights, cultivating musical talent and original creation of featured works will be precisely developed To continuously advance the development of Chengdu as the international music capital.

In order to better present the result of the 5th “Golden Hibiscus” music competition, the four gold prizewinners Yang Qiushui, the first prizewinner of the classical guitar show (grades three and four of the Elementary School) and Tan Xuesheng, Liang Yunjiang, Zhou Yu, Jia Luhong, Zhang Guoliang and other experts and scholars of musical culture performed the classic songs “The Sun Rises on the Prairie”, “Make Way to the Busy People”, “Xin Tian You “, Erhus performance of” Amanisa “,” Heroes in Harm’s Way “and guitar music” Torre Bermeja “and” Memories of the Alhambra “. They derived a “Movement of Chengdu” in which the artistic works of classical music are deeply integrated into the charm of the Chengdu and Tianfu cultures.

Promote the development of the musical culture industry 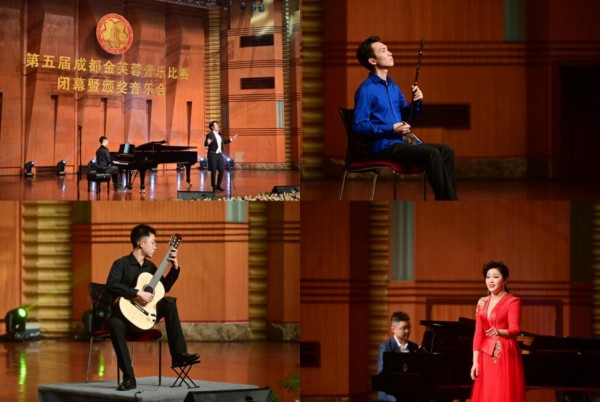 As a municipal music brand competition in Chengdu, the Golden Hibiscus music competition has been held for five years since it was launched in 2017 and has attracted more than 9,000 participants. After years of brand development, the competition has brought more than 100 talent and groups to the global music market, and has released hundreds of original masterpieces. “Golden Hibiscus” is gradually becoming a guiding star for the development of Chengdu’s music culture industry, as well as a new opportunity for the Chengdu government to develop musical talent, promote music creation, establish influential international music competitions, and garner professional musical talent.

The “Golden Hibiscus” music competition continuously introduces and promotes famous musicians and leading personalities while building the brand IP, emphatically supports the development of musical talents and promotes the creation and production of excellent musical works with a Chengdu character. From July 19-21, the Chengdu City Concert Hall and Nie Er Concert Hall of the Sichuan Conservatory of Music hosted a series of guitar-themed music events such as the Sichuan Music Guitar Group’s Special Concert and the Six Meaningful Guitar Concert Strings in Journey “. In addition, the Organizing Committee of the Golden Hibiscus Music Competition in Chengdu awarded 30,000 RMB, 20,000 RMB, and 10,000 RMB to the winners of the first, second, and third professional awards. Musicians such as Liu Zhong, Li Xiaokai, Li Qingchuan, Wang Hongqi, Zhang Weiyi, Xu Hao and Guo Yulong as well as guitar makers supported particularly award-winning players of the guitar professional group, such as master guitars and prize money for the best interpretation of works, for musical talents and the development of To continuously support the music culture industry. 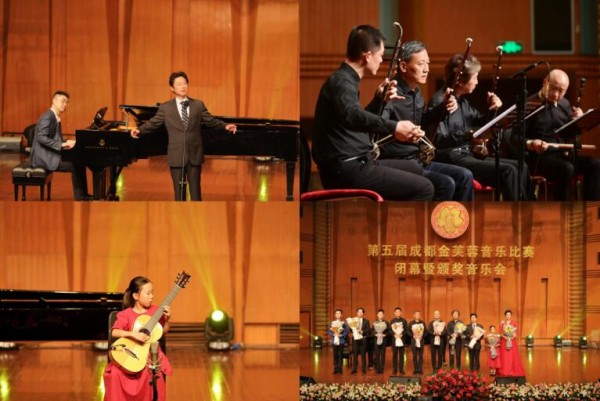 With the city event brand IP as a medium, the music competition “Golden Hibiscus” has steadily increased the exchange and interaction with national and international music fields and encouraged the musical works “Made in Chengdu” to “go global”. It has gradually developed into a solid foundation for building Chengdu into an international music capital and an important pillar for building a world-famous cultural city.

The Dwelling Finish, Daryl Braithwaite and extra introduced for the brand...

Friendable will preserve Sheppard Mullin as lead counsel for all of...

Pop music competition in keeping with the massive comeback