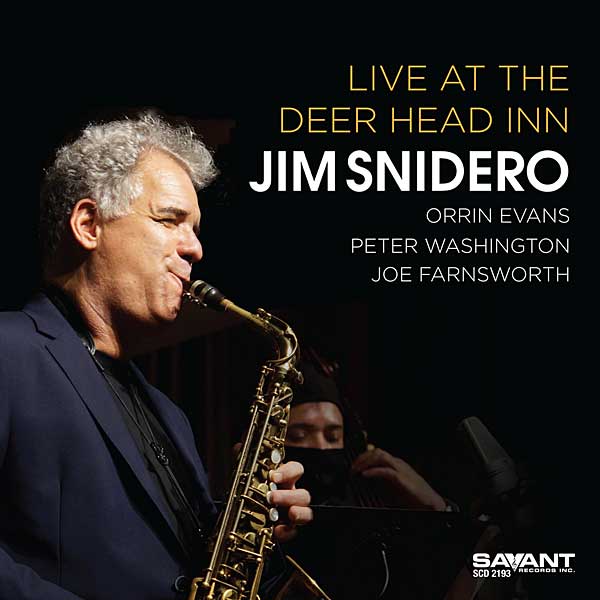 Sarah Vaughan was the greatest jazz singer. Smoky lows, silky highs, precise articulation over five octaves, a sharp connection with a lyrical, limitless harmonic inventiveness and a feeling of swaying that always swayed and simmered in front and in the middle. Later on, Vaughan hardly hid her boredom when she was stuck with material that didn’t suit her, but on her peaks with small ensembles she was and remains incomparable.

This album of the same name, which was recorded in December 1954 when Vaughan was just 30 years old, is one of her classics and thus one of the classics of jazz vocal albums. Mid-tempo standards (“Birdland’s Lullaby”, “April in Paris”, “Embraceable You”); a first-rate sextet (starring Clifford Brown, whose death in a car accident a year and a half later, at age 25, cut short the career of a trumpeter who competed only with Miles Davis); and Vaughan’s impressive, mesmerizing, naturally beautiful voice? What more do you want

Good sound? The sound here is more than good enough, better than you’d expect from 66 year old mono tapes. Vaughan is particularly present – up close, thoroughbred, and detailed – as is the horns when they play solo. The other instruments are a bit far away, but not hooded. There is a slight electronic haze over the process, as with several Mercury recordings of the period, but it is barely noticeable, except when compared to, for example, Ella Fitzgerald’s Sonic Jaw for Verve a few years later. The new edition – another collaboration between Universal Music and Acoustic Sounds – sounds significantly better than the original pressing. A must.?? Fred Kaplan

When avant-garde jazz was invented, it was associated with turbulence and cacophony. It’s different now. Artists like the three who call themselves Ocelot walk through doors opened by Ornette Coleman and Albert Ayler, but use their freedom to carry out radical experiments in poetry.

Much of their music is extremely quiet. The first track, “Daimon II”, begins with a circling figure from Cat Toren’s piano, the most minimal intrusion into silence. Then Yuma Uesaka’s saxophone mumbles a slow, melodic ritual. Colin Hinton enters with widely spaced, shuddering kick drum hits. Listeners with patience and faith are rewarded with a gradual intensification of the ensemble that is mysterious and intriguing. Each subtle thematic variation of Uesaka becomes more urgent than the last.

Ocelot flows in and out of many stark shapes. Transitions between composition and improvisation are secrets. “Factotum” arranges constellations of audio images for 11 minutes: bell tones from gates; submerged calls from Uesaka; gentle thunder from Hinton. Collective seething develops unconsciously. You don’t notice it until it’s on you. The final track, “Crocus”, powerfully completes this pattern. Toren hardly touches provisional melodies. Hinton is slowly beginning to insist on brushing. Tension builds up. Uesaka breaks into fast, passionate runs, but Hinton sticks to his perverted delayed beats and lets “Crocus” evaporate on unanswered questions. Such a drama can only be achieved when jazz is free.

Jim Snidero saw musicians around the world blow up his public performance plans in 2020, but he paused: The Deer Head Inn in Pennsylvania arranged a socially distant indoor performance with a limited audience for Halloween. It was Snidero’s first live recording in 30 years.

The prevailing mood of the night is confirmation. The members of Snidero’s hot quartet (see listing in the header) all play like they’ve just been released from prison. At the beginning, Charlie Parker’s “Now’s the Time”, pent-up energy floods the room. Snidero said that the occasion called for “comfort music” and that is why he only plays standards. Most of them (“Yesterday”, “Who Can I Contact”, “Bye Bye Blackbird”) are taken faster than usual.

The most compelling tracks, however, are the ballads. Snidero plays “Ol ‘Man River” to honor the Black Lives Matter movement. It lingers over the melody, making human vulnerability in an alto saxophone sound that is one of the richest and purest on the planet. Grant Green’s “Idle Moments,” a suitable choice for the pandemic, is lovingly exposed in time with an ecstatic but firm solo by Orrin Evans. “My Old Flame” has a free, beautifully wandering intro from Evans that builds Snidero’s improvisation on plaintive notes: those notes cannot contain their emotions and break out again and again in fast, passionate runs that culminate in a soaring final cadence. Charlie Parker famously played “My Old Flame”; His daughter Kim was in the audience at the Deer Head Inn on Halloween. At the end you can hear them shouting “Yes!” ?? Thomas Conrad

Mogwai talk about ‘The Exorcist III’, their new album and 25...