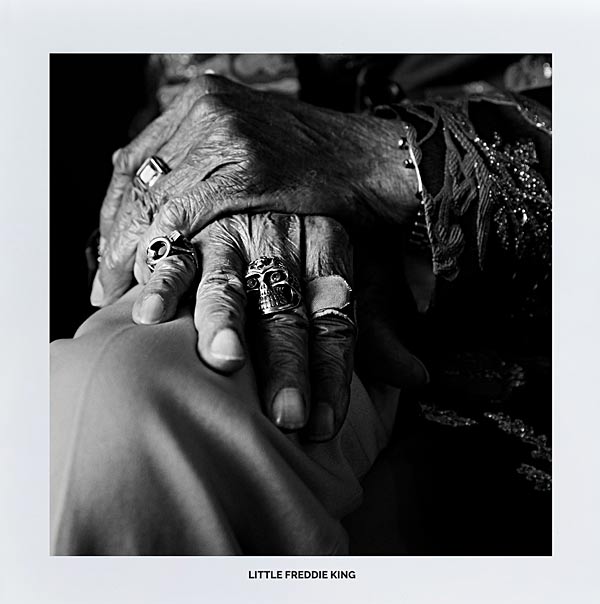 Paul McCartney has built his solo career neatly over a 50-year period with three DIY albums that provide historical context for his life as an ex-Beatle.

Technically, McCartney was still a Beatle when he made his solo debut of the same name in 1970, a homespun session that showed off his great voice and fondness for melodic phrases while also demonstrating his ability to perform on a whole range of instruments accompany. McCartney II took some respite after proving that Wings could keep him at the top of the charts. Now comes McCartney III, an unplanned product of the pandemic isolation that enables Sir Paul to make an album of the 21st century. Here he manipulates computer-generated sounds and fights (successfully) to get the best out of a compromised 78-year-old voice. Like much of the music made in this century, McCartney III has little melody and long rhythmic effects. Nothing here is as melodic as the classic love song “Maybe I’m Amazed” by McCartney or as bright as “Coming Up” by II. But McCartney rocks out here and turns some rough electronic drum patterns on the album’s opening instrument “Long Tailed Winter Bird “. Paul’s voice has lost its sweet edge, so he has expertly narrowed its range, although it loses part of its typical sound in the process. He chooses his seats: He nails the falsettos, that classic McCartney touch, on “Find My Way” and the ballad “Kiss of Venus”. There’s always a bit of Beatle in the mix: McCartney admits that “Lavatory Lil” is in the tradition of John Lennon’s “Polythene Pam” from Abbey Road. It’s Doggerel, but McCartney was always good at it. John Swenson

Loretta Lynn’s latest edition is somewhere between Johnny Cash’s hip reinvention in her late career and Willie Nelson’s “Songbook” nostalgia travels. Since 2016 she has been working with her daughter Patsy Lynn Russell and Cash’s son John Carter Cash on a series of albums with old-school honkytonk mixed with sophisticated, fast-paced, modern “roots” music.

Here we have Lynn’s 50th studio album as the headliner, without 10 duo albums with Conway Twitty. Loretta treads a line between Americana (via “Keep On the Sunny Side” by the Carter family and Stephen Foster’s “My Old Kentucky Home”), old Nashville (a remake of her first single “Honky Tonk Girl” and a recited version of Megahit “Coal Miner’s Daughter”) and newer Nashville (the title track, a collaboration with Reba McEntire and Carrie Underwood, the satirical “One’s On the Way” sung with Margo Price, and the album closer, another stab at Lynn’s “You’re Not.” Enough Woman, “with Tanya Tucker. There is also a paint-peeling cover of Hank Williams'” I Saw the Light “and an acoustic version of the country gospel ballad” I Don’t Feel at Home Anymore “.

Aside from Crackerjack, which was voted one of Nashville’s best, the draw here is Lynn’s voice, who is still in good shape. The sound is clear and bright without being Nashville pop. The arrangements are thick, the musicians are enthusiastic and this timeless voice is in the front and in the middle. Her soaring rendition of Mosie Lister’s “Where Nobody Is Alone” leaves no room for doubt.

There is a timeless quality to this album, rooted in a proud past, but with a modern luster.??Tom Fine

Little Freddie King, pioneer of electro blues, and Irma Thomas, “Soul Queen of New Orleans”, were around 80 years old (she was just over, he’s just shy) when they released these albums in early 2020 at Esplanade Studios recordings Large Gothic church, renovated and acoustically treated, in the vibrant Treme district of Crescent City. They are both in fine, refreshing form, their years can only be seen in the polished crackle in his voice and the sure-footed pace of her; These characteristics give the music a great yet intimate authenticity.

The King album is pure delta blues – “real real blues”, as King puts it in the liner notes, grounded in “hard troubles and hard times” but “such a thrill” to be on the other hand with such simpler Craftsmanship getting through and joy. There isn’t much to these songs, the titles like “Pocket Full of Money”, “I Used to Be Down”, “Bad News”, “Standing at Your Door” and “Can’t Do Nothing Baby” contain the stuff of life and nothing more. King, the cousin of Lightnin ‘Hopkins and a highlight of the New Orleans Jazz & Heritage Festival for four decades, sings the songs and chooses their accents and choruses with the enthusiasm of a storyteller. The backup musicians, most of them residents of the NoLa music scene, are outstanding in their language. It’s a spirited delight. 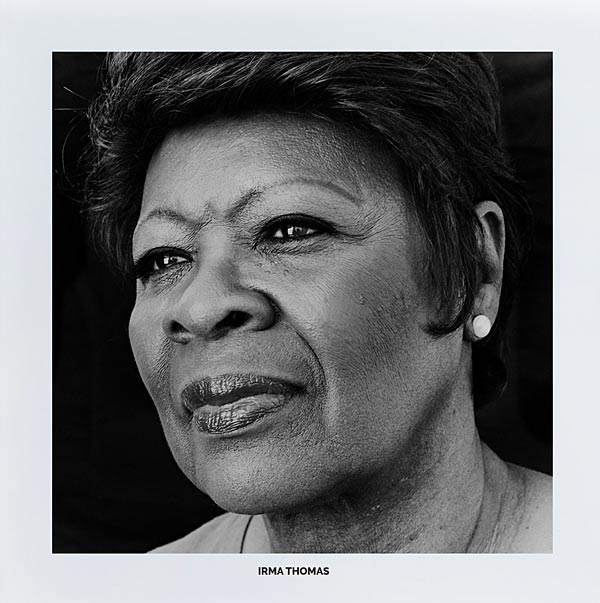 Irma Thomas is also a storyteller, more in the R&B field. Thomas, a contemporary of Aretha Franklin and Etta James, came through church like them. In a long career, Thomas had breakthrough moments (a 2007 Grammy for After the Rain; songs in Black Mirror and Jim Jarmusch’s Down by Law) but never entirely passed them over for reasons I don’t understand. (Your cover of James’ “Don’t Go to Strangers” could easily hold its own.) Her voice straddles the registers, but it lingers in the lower center, her cadence in conversation, her way with a lyric that is familiar and thorough as if they were singing about their own sagas of love, pain, loss and triumph.

Both albums sound great. The musicians and the room are right there, every guitar lick, bass pluck and every snare sizzling lifelike in detail and dynamics. The Thomas album in particular throws up a 3D soundstage like the one I heard on such a record: the horns and background singers are far behind; You can feel the air between the players from front to back and from side to side. The recording is not “puristic”. Misha Kachkachishvili, the engineer and studio owner, told me he used a tube compressor for Hopkins’ voice (to avoid overloading) and a Roland Space Echo for Thomas (to give it a touch of early 60s reverb). But he recorded the session on a set of vintage microphones, added the artificial effects discreetly, and processed it all through an analog Rupert Neve 5088 console. The result sounds natural. Marc Urselli, who mixed the Pro Tools files in New York, added a little more reverb to King’s voice (recorded in a semi-isolated booth) to simulate the reverberation room of the other musicians. I think he overdid it, but just a little.

The albums, which are part of Newvelle Records’ four LP “New Orleans Collection”, are a novelty for the label, which normally deals with modern and contemporary jazz. Each New Orleans title can be purchased individually directly from the company.??Fred Kaplan 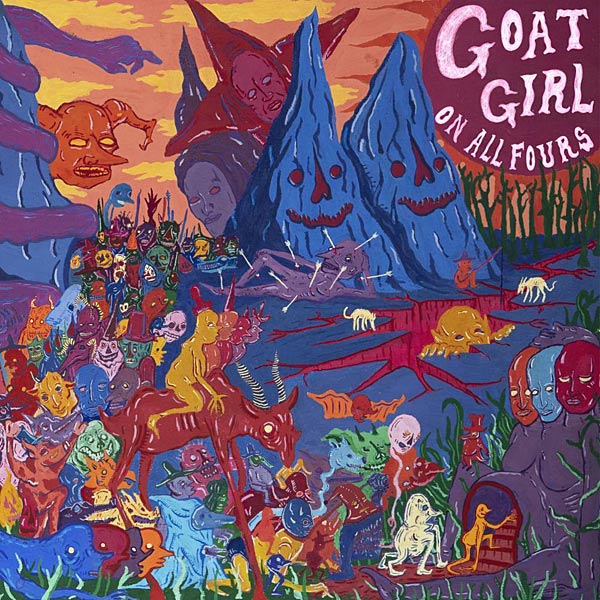 Goat Girl’s debut album was one of the more exciting releases of 2018. On All Fours is more fluid and less loud than its predecessor, but it’s progress, not a departure. The funky bass is still there (played by Holly Hole, a new bassist), as is the post-punk guitar sound from LED and the lovely lead vocals from Clottie Cream (aka Lottie Pendlebury); Dissonances are still cut off from the band’s harmonies, but now they have added synthesizers.

There is a twangy guitar on “Sad Cowboy”, but the track has a sense of space. Her texts here are less confrontational, more weird, but the topics are just as dark. “PTS Tea” is supposedly about a band member (so very English) spilling scalded tea carelessly and apologetically, but it’s also about women not being taken seriously. Melodies rock the listener; In “Pest” the chorus delivers the harsh release of four letters in an almost angelic tone.

The songs change their style on four LP sides: one song is guitar-driven; the next is ephemeral. Often the change comes in the same song: The single “Badibaba” is infectious pop, with alternating solos and vocal harmonies that end with a Joy Division-like instrumental.

Dan Carey is a likeable producer who cultivates a sound that is atmospheric but not too polished. The band’s (and genre’s) DIY ethos still applies. Drummer Rosie Jones Says “You Can Find Drums In Any Object Under The Sun”; Goat Girl employs a lot of them. A roll of duct tape is used on one track. After all, this is still a band rehearsing in one of their mother’s garages.

On All Fours is young but mature, the sound of a band exploring musical possibilities.??Phil Brett 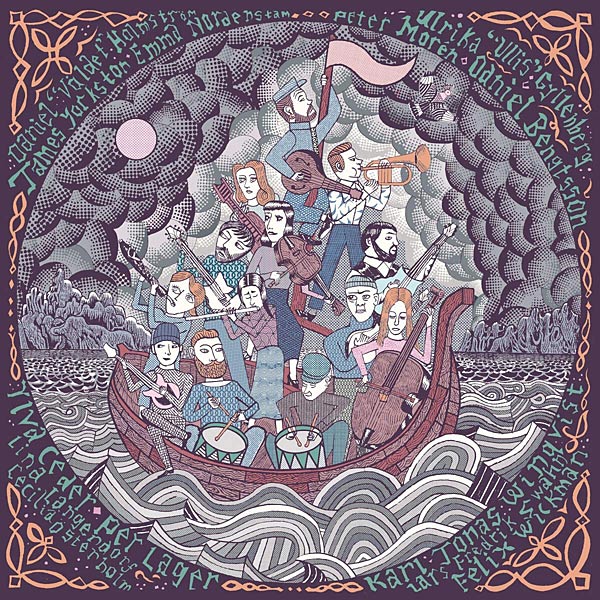 Yorkston has long been part of the Fence Collective, a group of Scottish musicians that includes KT Tunstall and King Creosote. Alongside these creative indie influences, Yorkston’s low-key, low-tech approach is shaped by guitarist-singers like Dick Gaughan, Martin Carthy and Nic Jones, who helped define English and Scottish folk in the late 20th century.

On previous albums he mixed his own songs with cover versions; this time he wrote all the material himself. Another innovation is his collaboration with the Second Hand Orchestra, a Swedish pickup band that includes piano, drums, flute, violins and cello. The group, composed and led by Karl-Jonas Winqvist, who also produced the album, focuses on improvisation to vary the popular guitar and vocal style. Cecelia Österholm’s ethereal nyckelharpa (a Scandinavian instrument related to the hurdy-gurdy) floats like “A Droplet Falls” through the Lou Reed? In “To Soothe Her Wee Bit Sorrows” the polyrhythmic counterpoint between vocal line, cello and bass is reminiscent of some of Jonny Greenwood’s Radiohead work. “Choices, Like Wide Rivers” contrasts with soothing harmonies in the background vocals.

Accompanied by his complicated guitar playing, Yorkston delivers his literary texts unpretentiously. “There’s no advantage” is Dylan meets Morrissey. The best deal is the frugal, introspective “We Test the Beams,” which explores the importance of friendship in old age.? Anne E. Johnson

Colleen – The tunnel and the clearing | Album evaluations